ISLAMABAD: Turkish President Recep Tayyip Erdogan, who is on an official two-day visit to Pakistan, will address a joint session of the parliament on Thursday (today) afternoon.

With the exception of Pakistan Tehreek-e-Insaf (PTI), all other parliamentary parties will attend the joint session.

Earlier today President Erdogan was welcomed at Prime Minister House where he received a guard of honour. Prime Minister Nawaz Sharif hosted an official welcome ceremony for the visiting dignitary. The two leaders met one-on-one to discuss matters of bilateral interest and international affairs. Several MoUs are also expected to be signed during the meeting between the two leaders.

After the parliament address President Erdogan will leave for Lahore, where he will attend an honorary banquet hosted by the Prime Minister at Shahi Fort. Erdogan will then leave for Turkey tonight.

President Erdogan arrived in Pakistan on Wednesday on the invitation of President Mamnoon Hussain. He and the first lady were welcomed by Prime Minister Nawaz Sharif, Kalsoom Nawaz and Maryam Nawaz upon arrival at the Nur Khan Airbase. Punjab Chief Minister Shehbaz Sharif, federal ministers, diplomats and other high-ranking officials were also present to welcome President Erdogan.

After his arrival, Turkish President held a meeting with President Mamnoon Hussain in Islamabad on Wednesday evening where both leaders discussed bilateral relations and cooperation in diverse fields. 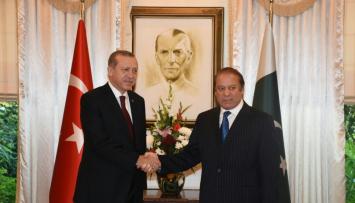 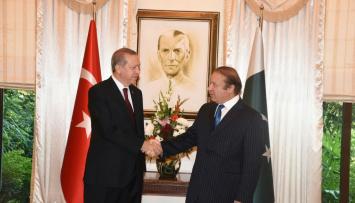 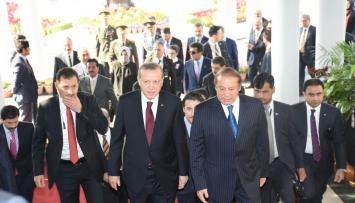 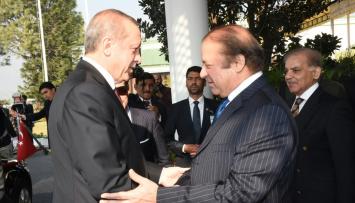 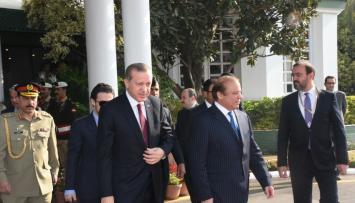