General Qamar Bajwa visited Yadgar-e-Shuhada where he laid wreath at the graves of the martyrs and offered Fatiha.

A guard of honour was presented to Army Chief General Bajwa during the visit, ISPR said. 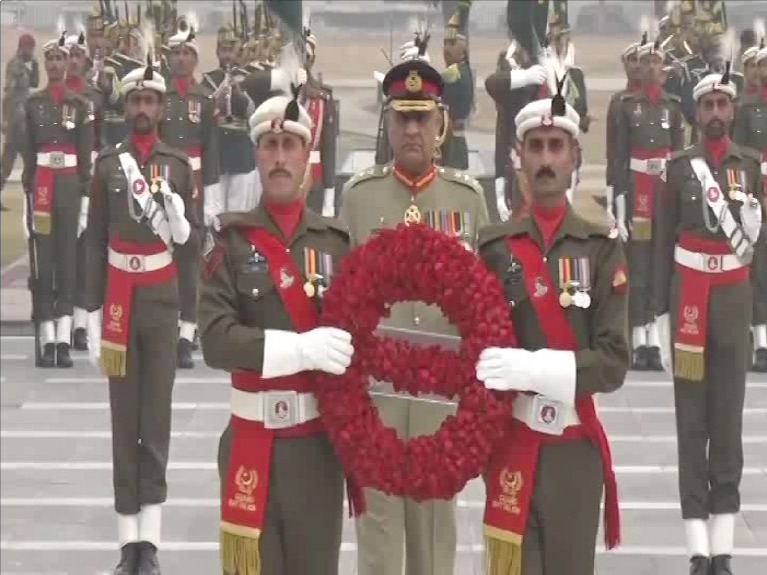 General Qamar Bajwa officially took charge as the 16th Chief of Army Staff during the Change of Command ceremony at Army Hockey Stadium near GHQ in Rawalpindi on Tuesday.