During the ceremony the outgoing COAS General Raheel Sharif will hand over the ‘command stick’ to General Qamar Bajwa.

General Raheel Sharif, the chief guest at the ceremony, reviewed the guard of honour.

Former army chiefs and senior military officials are present at the Change of Command ceremony. Federal ministers, members of the Parliament and foreign diplomats are also in attendance. 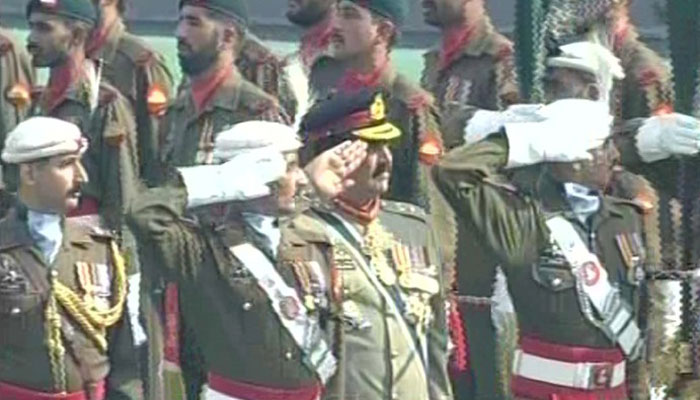 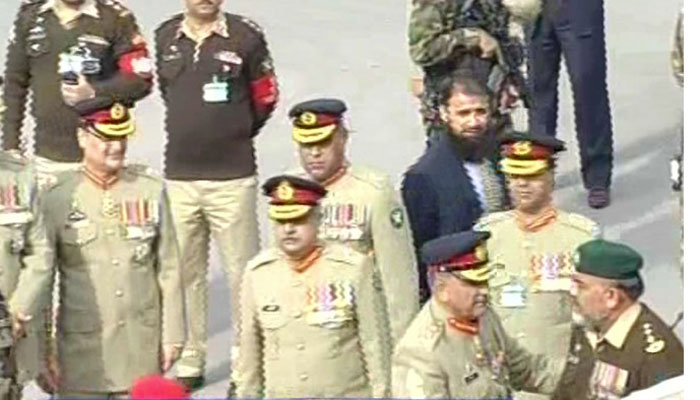 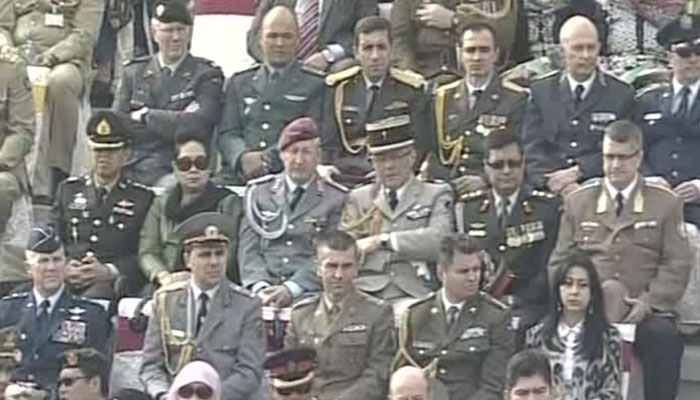 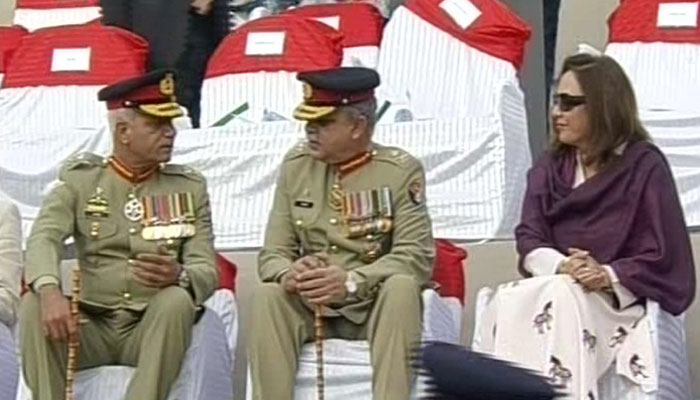 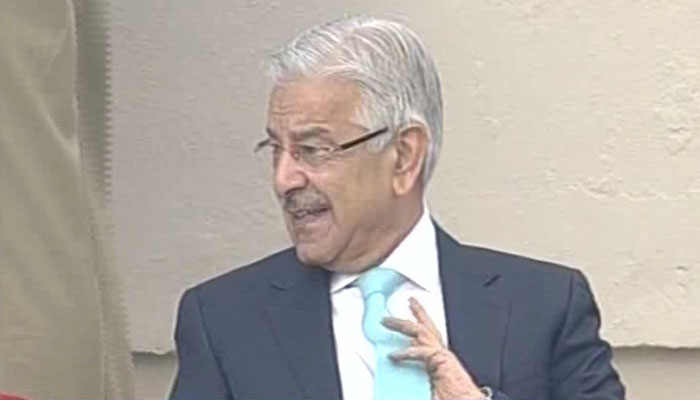 Earlier today prior to the ceremony, Army Chief-designate Gen Qamar Bajwa and COAS Gen Raheel Sharif arrived at Yadgar-e-Shuhada GHQ where they laid floral wreaths and offered Fatiha over the graves of the martyred. 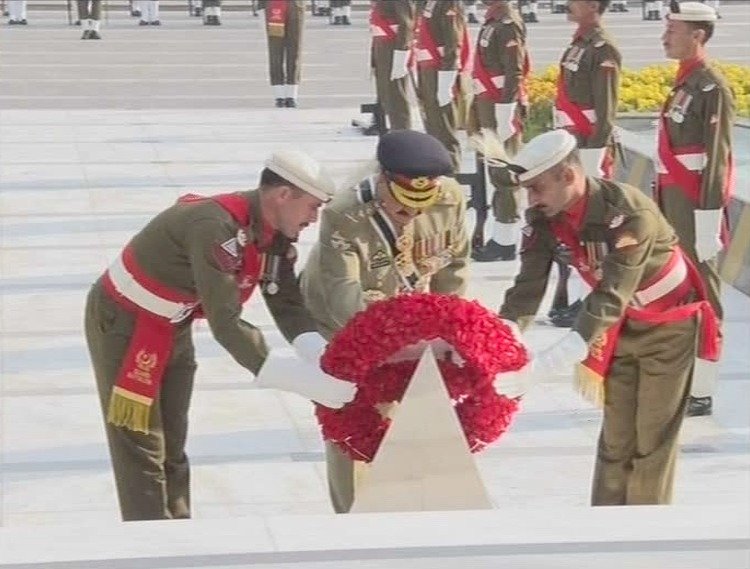 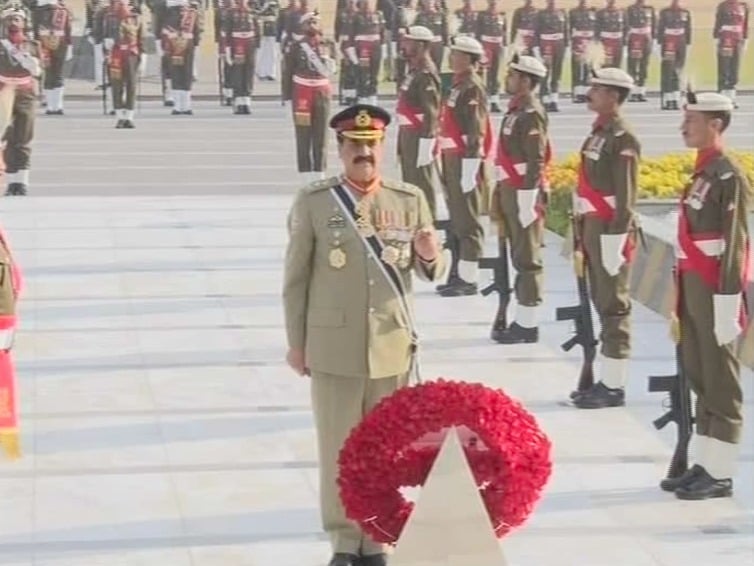 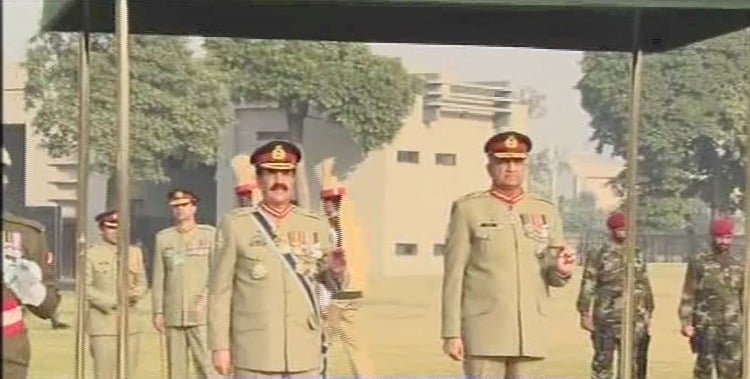 During the meeting, the Corps Commanders paid rich tributes to General Raheel Sharif for his leadership and professional acumen and lauded his services for the country.

General Raheel congratulated the Chief of Army Staff designate for his elevation to the rank of General and appointment as COAS.

General Raheel Sharif said it was a matter of great pride for him to have commanded the most battle-hardened Army in the world for three years. He appreciated the corps commanders for their cooperation during his tenure and said the successes achieved during his tenure would not have been possible without contribution by each one of them