According to SP Malir Farid Express was at Juma Goth Train station when Zakaria Express crashed into it after it was given a wrong signal.

The crash resulted in traffic jams, and ambulances carrying the injured got stuck on roads.

The injured are being transferred to Jinnah Hospital, Abbasi Shaheed Hospital and Civil Hospital, where emergency has been declared.

Fareed Express was coming to Karachi from Lahore, while the Zakaria Express had set off from Multan.

All trains from Karachi have been suspended till rescue work is completed. Trains on their way to Karachi will stopped at another station before they reach Landhi.

Minister Railways Khawaja Saad Rafique has ordered an inquiry into the incident. He also announced Rs 1,000,000 as compensation for the dead and Rs 500,000 for the injured. 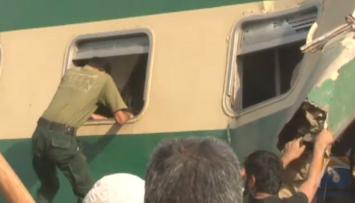 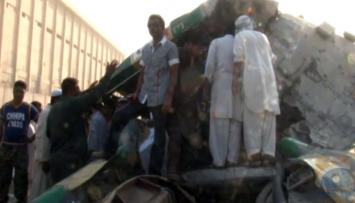 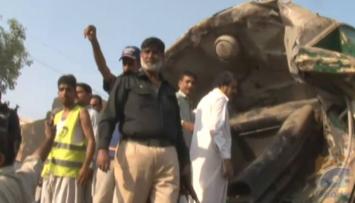 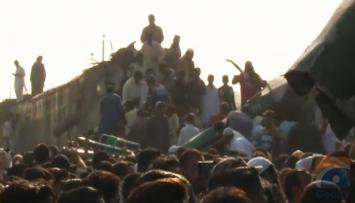 Train accidents are not unheard of in Pakistan. During 2015-16 three major train accidents took place. On September 15 this year at least six people were killed and over 150 injured after Karachi-bound Awam Express collided with a freight train near Multan.

On November 17, 2015 at least 12 people were killed and over 100 injured when the locomotive and several bogies of Jaffar Express train derailed near Bolan area of Balochistan.

On July 2, 2015 four bogies of a special train carrying Pakistan military troops and their families to Kharian fell into a canal near Jamke Chattha in Gujranwala, killing two people and injuring 85.

This is a developing story, more details will be provided as received.